What’s in a name?

If you are even remotely interested in kitesurfing, unless you have spent the last 3 months hiding under a rock, you will have heard about the battle between Boards and More and North Technology over the use of the North name.

A little bit of History…

In 2004, B&M start ION as an accessories brand for their sports, so that they have 1 brand per product group. North Kiteboarding, and Kiteboarding as a sport are gaining momentum, and visibility.

Surfboards are added as a fledgling category by 2008, and by 2010 many of the Twintips, Surfboards, and Kites that will become household names, in kitesurfing homes that is, are introduced.

By 2013 North Kites are becoming the dominant force in Kiteboarding, outselling all other brands and the Rebel is the best selling kite in the world.

2015, Aaron Hadlow, 5 times world champion joins as a team rider and radically changes the Vegas by being able to communicate changes and tweaks with its designer Ralf Gösel.

B&M keep investing in new technologies and innovation, and in 2017 after 3 years of testing, they release the Click bar, developed by a student from Mauritius, studying in Perth.

And then suddenly in May 2018, North Kiteboarding is done, gone, no more, Auf Wiedersehen…What just happened.

Behind closed doors and down corporate corridors there is a parting of ways. What follows is some publicised legal wrangling, a lot of back and forth, some barely veiled threats and a new brand, Duotone.

Except it’s not really that new, Tony one of our team riders has a Doutone snowboard on his board rack at home.

And that brings us back to original question what’s in a name? When you start a company, or should I say when a large company starts a smaller brand, company or subsidiary they use a naming or branding expert to do due diligence, and check the fantastic new name dreamed up by the marketing department is legit. Meaning it hasn’t been registered already (like Burger King which is how the rest of the world knows Hungry Jacks) or it doesn’t translate to ‘toilet bowl eater’ in Korean. The best example being Chevy’s Nova which in the Spanish speaking world roughly translated to ‘the car that didn’t go’. So after hundreds of discarded choices, B&M looked at one of the shelved brands it already had in the stable, so that’s where we get Duotone.

So while everything changes, everything stays the same. The Duotone Kites and boards are designed by the same people, manufactured in the same factories, tested by the same team riders and use the same proprietary technology. Bars and lines are still forwards and backward compatible from 2007 to 2019, meaning you can use an older north bar with a new Duotone kite and vice versa. Most of the spare parts will be compatible with things like boards and bars. For older North gear B&M hasn’t just shut up shop there are plenty of spares available and at ActionSportsWA we have most of them.

New gear is starting to arrive,it looks fantastic and performs in exactly the same way that last years North gear did. There are the usual small tweaks and incremental increases in terms of performance, but there was a top-level company decision to not change anything radically so that existing customers were not alienated.

We will have a massive demo fleet, this year, as usual. Expect to see Rebel in 10m & 8m, Dice in 10m & 8m, Neo in 9m & 7m, Evo in 10m & 8m, plus a whole range of Twintips and Surfboards, and as always don’t believe the hype, either negative or positive, grab some demo gear hit the water and make up your own mind! 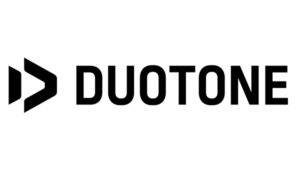 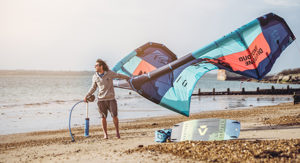 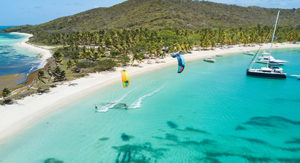