SO, IN FOILING WHAT’S ‘KRAKEN’?

SO, IN FOILING WHAT’S ‘KRAKEN’?
Both literally and figuratively, as foilers this is perhaps the most exciting development we have seen since receiving and selling our first foils way back in 2015. So much has changed in the last seven years that its probably worth looking back before we look forwards.

The first foil we received and sold was the original 2015 North Foil, it was about a year after Liquid Force had introduced the first aluminum Happy foil and that was squarely marketed at beginners, At the other end of the spectrum were French pioneer Spotz and early Moses foils which were designed to go fast but were notoriously difficult to learn on.
So as an early foiler you had a choice to learn on a Happy Foil and get going in first hour or struggle for months to find the cat like balance and reactions required to ride a Spotz. A lot of early foilers bought a happy foil and thought “Oh this is easy, I better upgrade” bought a race foil and struggled for months before giving up and going back to a twin tip.

SLINGSHOT came along in 2016 with Foil Academy and a Modular system of different wings & mast lengths. This meant where you could change front wings and change performance or discipline, while keeping the same base of mast and fuselage. This was complemented by a learning program based on step-by-step video lessons and a short ‘school’ mast system that meant those early falls we not from 100cm above the water, and the modern template that most manufacturers have adopted was born.
Fast forward 7 years for us, and we stock some of the best foiling gear in the world, and about to turn a corner in terms of compatibility and flexibility.

So what is KRAKEN?
The SABFOIL KRAKEN system has been developed by SABFOIL, to be the single solution to most foilers gripes about gear. The Kraken system uses a single connection to enable all foil sports to be supported by a carbon mast system. This has been achieved by making the connection to board modular and standardising the mast fuselage connection across the entire SABFOIL range.

So, what happened before Kraken?
Prior to Kraken, the SABFOIL/Moses range was split across 3 different types of mast and 4 different types of fuselages, and two different types of wings.
The result was that if you were a Kite Foiler or Prone Surf Foiler, you needed 1 type of mast, with a choice of 2 different fuselage. If you wanted to Race on kites, you needed another mast and fuselage set up. If you Were a Wind Foiler (Windsurf foiling) you needed another mast fuselage set up.
Then Wing Foiling (wind wing foiling) came along, and larger higher aspect wings required a thicker stronger mast, stronger fuselages and upgraded wing connection hardware.
Then riders started getting air on wind wings and to cope with the additional stresses and strains a new approach was required.

The Kraken, explained.
The new system is based on a single mast profile in 5 different lengths, 63, 73, 83, 93 and 103cm. they all feature the same size ‘foot’ that connects to a selection of fuselages based on two different wing profiles (based on the chord or depth of the wing). To literally top this off is a interchangeable board connection system that means that whether you need a Plate or Tuttle, one system will fit any board.

The Components
5 different mast lengths are designed for different disciplines. For Prone Surf Foil 63-73cm is the recommended length, for Wing Foil it’s 83-93cm, for Kite Foil 83-103cm and for Wind Foil 73-103cm is favored. It’s also worth noting that the 103 mast has been registered for racing with PWA.

Board connection is based on board type, there is a choice of Tuttle connection for Windsurf and Kite Race boards, and Plate or Pedestal mount for boards which have a twin US fin box track system of a fixed mounting point. 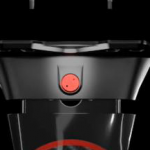 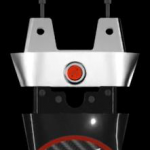 What this means its that if you foil in multi-sports you can have one mast, say an 83cm, and by just changing the other components use this base to Kite, Wing, Windsurf or Surf Foil.

But wait, is that it?
No, there’s more. To top the whole system off there is an optional quick release component SABFOIL Q01K. 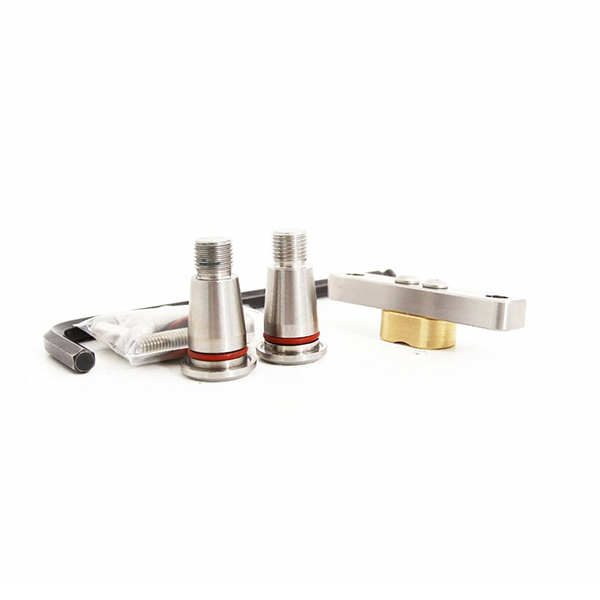 This really is the icing on the cake. In conjunction with this new system this one single component allows you to leave the connection to board intact and allows a 2 minute set up.
With most windsurfing set ups the rear strap and tuttle connection use the same screws, which means every time you remove the mast you have to remove the rear strap, adding to setup and pack down time.

Similarly, boards with a track system require lining up bolts and t-nuts every time, then sliding the mast to the correct position, again robbing you of valuable water time.
By using the SABFOIL Q01K. system one conical stainless-steel screw means you can connect and remove your mast in under 60 seconds.

FAQ
1. Is the Kraken System compatible with older Moses or Sabfoil components?
Older masts and fuselages are not compatible, the new Kraken system is built around the updated mast and fuselages.

3. I Wind Foil and Wing Foil, I have 2 boards can I use the same set up for both?
Yes, you can use the same mast for both setups, an if you have one Q01K quick release kit you can leave both your Tuttle and plate connection on each board.

4. I want to race with kite gear, but also want to learn how to wind wing, can I use the same foil for both? You can probably use the same mast and board connection if both boards use a track system, but you would probably need 2 sets of wings and fuselages, faster skinny wings use a T6 compatible fuselage and slower high lift wings use a T8 fuselage, but we can work out a package based on your needs.

5. I want to replace my foil set, but I’m not sure what I need. Can you help?
Sabfoil have heaps of preselected kits based on different disciplines, we have heaps of experience in matching new foilers to the gear that going to get you and flying in the shortest amount of time, for Kiting we recommend the SABFOIL 93699k kit, for Winging the SABFOIL 831100K kit, for windsurf the SABFOIL T93799K kit and for Prone Surf the SABFOIL 83945K kit.

6. Do you have Kraken foils in stock yet?
SABFOIL Kraken foils were released worldwide on the 01/04/2022, we just received our first delivery of kits as I’m typing this, so excited!!

7. I don’t have anything, and need everything can you guys get me on the right gear? Everyone who works for us foils, we have everything you need in store, Kites, Wings, Foils, Boards, and all the spare parts you need. The only thing we don’t have is windsurfing boards, sails, and masts, but as ex windsurfers we can definitely help guide you into foiling whatever your discipline.